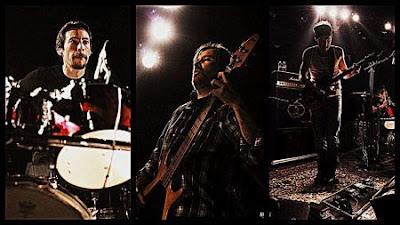 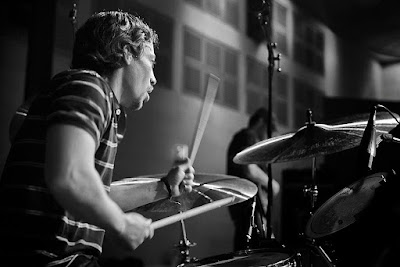 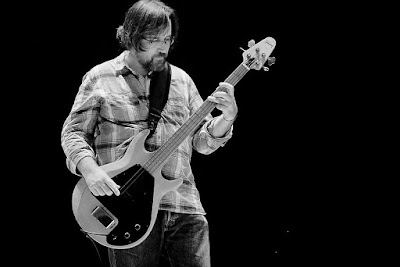 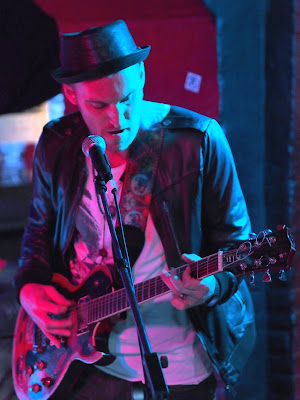 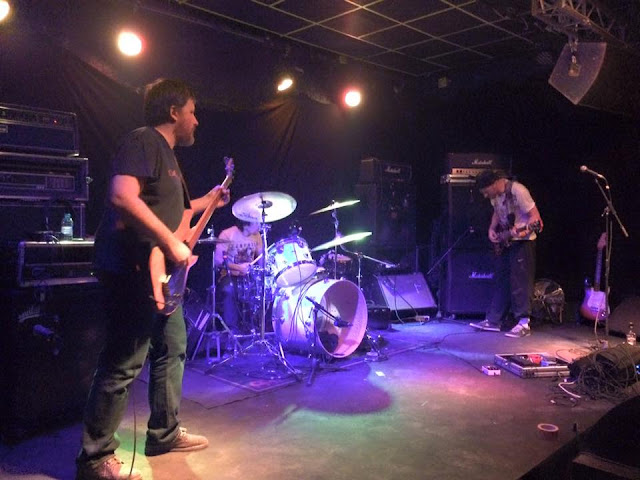 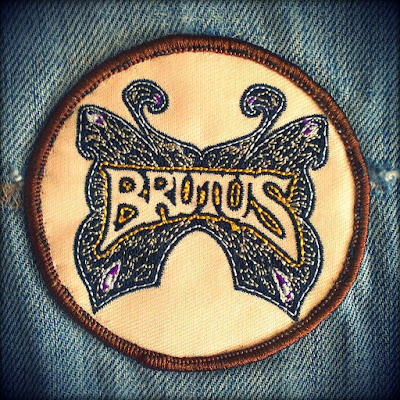 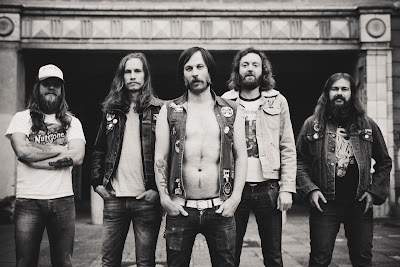 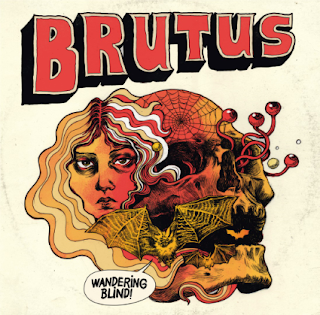 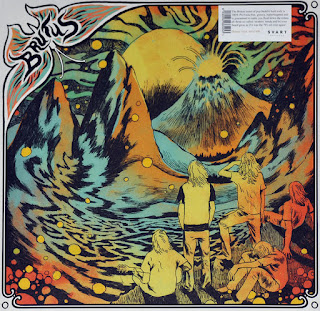 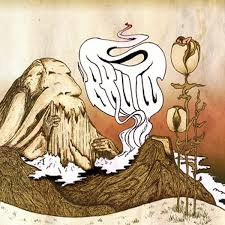 The Golden Grass - Coming Back Again 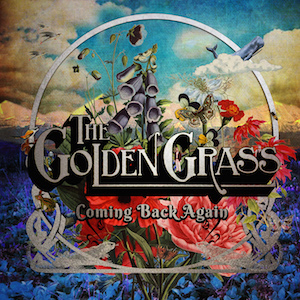 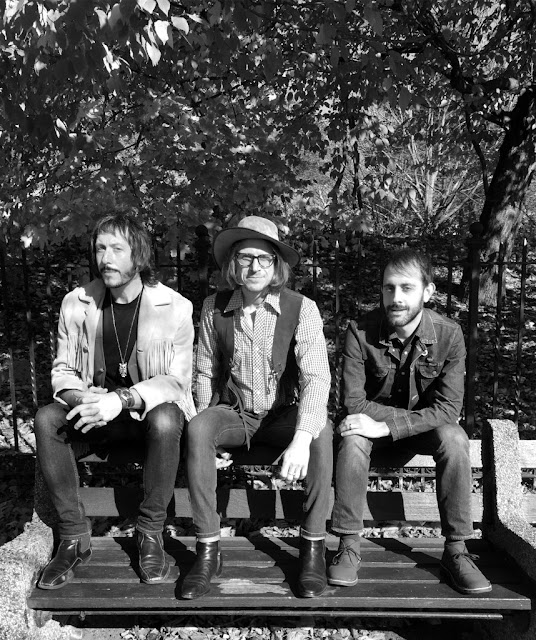 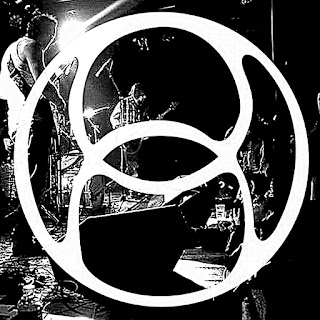 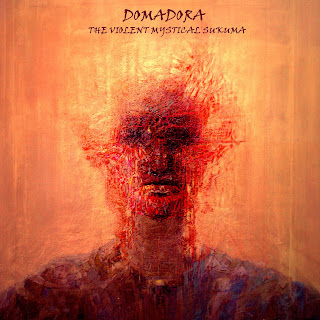 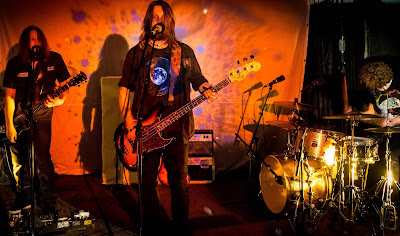 StonerandMore :
Could you talk about  your new record "Sea of Clouds " ? The recording process in the studio ?
Black Moon Circle :

The 4 songs of Sea of Clouds were rehearsed and recorded during spring 2015.
As a band, we are into jamming, we jam together every time we play, and I think that is an important part of our music. So, when we go to the studio (we don``t have to go far, we record our music in our own studio), we try to make everything as relaxed as possible, we put all the amplifiers in the same room as the drums, therefor we can all see and hear each other, and that makes it easier to just go off in any direction. All these songs have structure, they are based on the vocals and the underlying guitar harmonix, but we leave lots of space for jamming, leave both space and time, thereby allowing whatever happendes the possibility to evolve.

Drums, guitars and bass were recorded live for all 4 tracks during a single day when we recorded the 4 tracks, went home for lunch, returned and did it once more and those takes ended up on the album. Then we added vocals, analogue synths and keyboards later last spring. So there is a lot of live playing going on and we don`t worry about separation between the instruments when we record, let it bleed......lot`s of nice bass & guitar sounds are recorded by the drum micropohones. 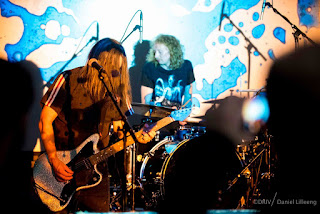 StonerandMore :
You seem to dig guitar effects usage ;  we can hear it  on of all of your tunes .. Kind of a Black Moon Circle "trademark " ?
Black Moon Circle :
We love effects and use a lot of them on guitar and bass, there are fuzz, overdrive, echoes, delays, phaser, reverb, whatever it takes to get us in orbit. We also put delays on vocals and drums as well.......it`s all about creating space.

StonerandMore :
What are your main plans  for 2016 ?
Black Moon Circle :
We will play at the Roadburn festival in april and the Pstereo festival in august, in between that we`ll release the record and hopefully play some more gigs. We do everything our selves, DIY, so if you wanna hear us live, book the band and we`ll come out and play, that`s an open invitation ! 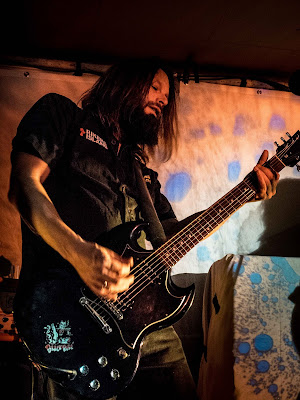 StonerandMore :
Could you tell us about the current heavy rock scene ? What are the last records you bought ?
Black Moon Circle :
There are lot`s of great bands out there playing right now. The last 3 records I bought was Motorpsycho (here be monsters), Causa Sui (Euporie tide) and Psicomagia, all three are excellent, then there is the past, jazz, rock, blues, in any mixture or configuration, fast, slow, soft, hard, old school, psychedelic, I dig it

StonerandMore :
Thanks Oyvin .  I wish you all the best for Roadburn and full success with your new LP ! 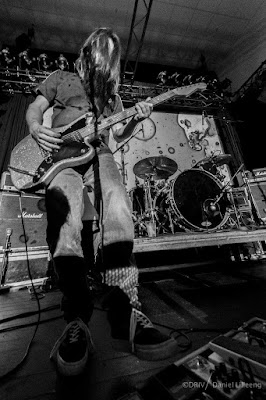